Are you waking up every night with hot flashes and unable to function during the day?

Are you stressed about your kids, your life, your job, COVID?

Are you so sick of your back hurting that you wish you could just cut it off?

And if you don't need help right now, someone you know or love might need it. 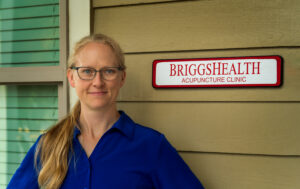 I was 6 years old the first time I went to the hospital because of an asthma attack. I had a room in the basement of my parents’ house, and I woke up in the night coughing. The coughing got worse and worse, bad enough to wake up my parents. By the time my mom came downstairs I could hardly breathe. She sat with me for a few minutes and then a quick quiet conversation with my dad decided that we should go to the emergency room with all its bright overhead lights. We were rushed immediately into the back, where I was given a breathing treatment and an IV with medication which opened up my constricted airways. That was the start of my journey through the medical system, which included many trips to the doctor’s office, the ER, several overnight stays in the hospital and LOTS of medication for allergies and asthma. There were many times when the asthma symptoms got so bad that I thought I might die.

I did not like most of the medication that I had to take for the asthma. Most of it was very strong when it hit my system, and it made me jittery and light-headed. I took the medication, and I liked that it saved my life, but as time went on I liked it less and less.

In addition to the asthma, I had severe allergies. My nose ran constantly, all year long, and the medications that were available for that didn’t seem to work very well. For the eczema that I had from the age of about 2 months, I had this thick greasy cream that I was supposed to use on my skin. It seemed like my skin actually itched more after I would use it.

I tried to use as little of these medications and interventions as I could, (and I stopped using that cream altogether midway through the second jar) but my lungs were so sensitive that I had to use inhalers daily to participate in sports, and I had a couple of daily medications administered orally to control my symptoms. Add in allergy testing and shots for the hay fever, and I was always in and out of the local clinic. I was, and still am, grateful that I was able to get the medical care that I did. Also, I really liked the atmospheres of the clinics and the hospitals and knew that I wanted to go into medicine when I grew up.

My first introduction to Chinese medicine came during the summer after I graduated from high school. I had a bad asthma attack that was not going away with my usual inhaler treatment. I was getting very short of breath, and the friend that I was with didn’t know what to do. I asked him if he would drive me over to the emergency room. He looked surprised, and very concerned. After a few minutes, he said, “I think there’s a better way. Let me call Lowell (the local acupuncturist) and see if he can work on you right now.” I panted, “No, take me to the ER. I can’t breathe.” He made a telephone call and came back, saying “He says we can come over to his house right now.” I consented unwillingly, but I made him promise that if the acupuncture treatment didn’t break the attack, he would take me straight to the hospital.

The acupuncturist took my pulse at the wrist and the neck on both sides, asked me a couple of questions and gave me an acupuncture treatment. One more puff on my inhaler and a dropperful of some very foul-tasting herbs and the attack was broken! I could sit up straight, my chest opened up and I could say more than three or four words at a time. And it was not necessary to go to the hospital or take further medication at all!

I attended college with the original goal of attending medical school. I loved the idea of working with people to keep them healthy, and I liked being in hospitals and clinical settings. I took with me a book on herbs and started looking through that, trying experiments on myself and learning some of the principles and terminology of herbology.

I thought about that experience with the acupuncture all through my four years of college, and when it came time for me to decide what career I was going to pursue, it did not take me long to decide that studying Chinese medicine was going to be a better fit for me than pursuing a degree in medicine. The Chinese medicine school that I chose offered an internship in China. While I was there, I saw how the Traditional Chinese Medicine was practiced in the same hospitals as Western medicine. I was fascinated by the treatments for pain and dysfunctions of the joints, bones and muscles, because they are something that everyone experiences in their lives, either through injury, “wear-and-tear" or in chronic disease like lupus, which my grandmother had. Physical pain can be a serious problem, interfering with people’s quality of life and sometimes crippling both physically and mentally over time.

It was a natural fit for me to specialize in pain management after graduation. But I gradually became dissatisfied with the acupuncture treatments targeting pain. Sometimes the treatments worked, and people would never need to come back again. Sometimes they didn’t work well at all, and I never knew why. About 6 years after I started practicing acupuncture, I attended an extensive workshop focused on treating myofascial pain and trigger points. This system focuses on the structure of the soft tissues of the body, which wraps around the muscles and bones and makes them move. These soft tissues can get hard knots in them and become painful, and then these knots can radiate pain to other parts of the body or cause problems with the joints. I was instantly hooked, as there is a great deal of overlap between the acupuncture points and points in the muscles and soft tissues that tend to build up tension and create problems in other joints or even in the organs.

In the years since then, I have been able to continue studying muscles, connective tissue, joints and organs, and the effectiveness of my treatments has improved immensely. Many people have come to see me with pain, sometimes pain that they’ve had for many decades, and acupuncture treatment has decreased it significantly or eliminated it altogether. For the people who react to prescription drugs like I did, acupuncture has been extremely effective, helping many people get rid of their pain for good.

Some people even say that acupuncture is like reversing the effects of aging! Lots of health problems are blamed on aging, such as pain in muscles, tendinitis, low energy or arthritic joints. Treating the muscles, connective tissue and joints with acupuncture is effective for all these problems, and can sometimes help people avoid invasive, dangerous surgeries.

Do you have pain in your muscles, tendons, or joints?
Do you want to avoid surgery on an injured or sore muscle, joint or tendon?
Are you unable or unwilling to take pain medications?
Would you prefer to heal your body rather than just covering up the symptoms?